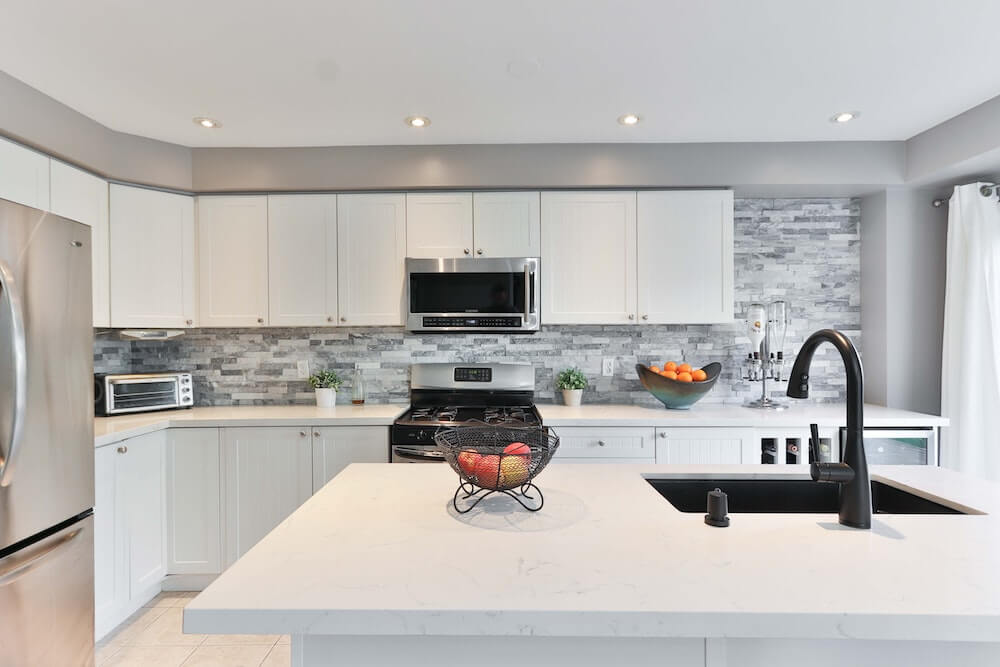 Microwave ovens are a mainstay in modern kitchens but you may not want a microwave in your home.

A common problem is the idea of having electromagnetic radiation cook food. The metal inner walls should reflect all radiation back inwards but some people don’t trust that. And I don’t think the idea of “nuking” food helps any.

Another common criticism is that microwaving destroys nutrients and minerals in the food in a way that more natural cooking methods do not.

They are used for so much, like reheating leftovers, defrosting meat, popping popcorn or softening butter, that it seems like nothing else would be able to replace it.

Actually, there are a number of useful options that can substitute for a microwave to still fulfill the main functions, sometimes at the expense of a little extra effort. We’re going to look at many of the alternatives on the market.

All of the above can fulfill certain functions of the microwave, depending on what you use it for. for more information about each of these, read on down!

A simple replacement for the microwave is a toaster oven. These come at a similar size and shape to a countertop microwave, and can usually be put in the exact same place.

A toaster oven works just like a normal oven, so it uses electricity to create a hot temperature inside the oven which cooks or heats the food by conduction from the hot air. Toaster ovens warm up much more quickly than a large, convection oven so they can be useful for small tasks that only take a few minutes.

This makes it great for reheating leftovers or heating up small meals. It’ll be faster than a normal oven but will still take longer than a microwave. Do bear in mind that you can’t use plastic in it like you can with a microwave, as the natural heat will make it melt!

Best for: Cooking veggies, heating liquids like soup or gravies

The stovetop is a useful alternative to a microwave oven because almost everyone has one. This building block of the kitchen has many uses, some of them overlapping with what you’d use a microwave for.

One convenient use of the microwave is heating up fresh, frozen or tinned vegetables quickly and easily without any high calorie oils. The stovetop can fill in here by cooking vegetables and the browning and crisping can make the vegetables much more tasty than simply nuking them. You will want to use some kind of oil to stop it sticking or to add taste, healthy olive oil with its good fats are an option, also a low calorie oil spray is useful too.

Another use of the stovetop is to heat up liquids. Things like soup or gravies that you might throw into the microwave can be just as easily heated up, albeit a little slower, by putting it on a low heat. This gives you much more control over how hot the food gets and how it tastes. It makes it easy to season too. After all, there’s a reason why real chefs don’t like to use the microwave.

Believe it or not, your crock pot can be used for some of the functions of a microwave. It’s larger size makes it ideals for heating or reheating large meals like stews or curries, which it will cook thoroughly and consistently, unlike a microwave with its hot and cool spots.

The big disadvantage of slow cookers is the slow cooking time (obviously). You need to plan ahead and make sure you have the timing right. In some respects, it’s the opposite of the microwave with its fast and convenient cooking. On the other hand, a slow cooker uses a low, steady heat over a long period of time.

the pressure cooking is very similar to a slow cooker in a number of ways, with the difference that it uses pressure to do the cooking over a matter of minutes rather than hours. So the function that it is best at replacing is the same as the slow cooker, large dishes like stews or curries.

The downside to pressure cookers is they are more expensive than a slow cooker and most people don’t already have them – although this is changing with the widespread adoption of the Instant Pot, a popular brand of pressure cooker.

A convection oven is the staple of any kitchen and can step in to a microwave’s place for a number of reasons. Ovens, with their high heat, can cook lots of foods straight from frozen. Throw some frozen sausages in the oven for instance, and you’ll have perfectly cooked ones in 20 minutes. This negates the need to use a microwave for defrosting / thawing. (Do be careful with thicker pieces of meat as you need the center to be cooked through.)

In fact, almost anything that can be heated or reheated using a microwave can be done similarly with an oven. It simply takes longer and you can’t put plastic in it. If you care about having a more natural healing method then this shouldn’t be a problem though.

A dutch oven is a less common way to cook foods which is a shame because it’s so useful. It works in conjunction with your stovetop, you put the dutch oven on the heat and the food inside gets cooked. It’s great for large dishes, like casseroles, stews or curries.

When it comes to replacing microwaves it can do some things but not everything. It’s pretty useful if you already have one but if you’re looking for a tailor made microwave replacement then the other items on this list will give you more functionality.

Can You Microwave Bacon?

© Hearth Of Gold. All rights reserved. We are a participant in the Amazon Services LLC Associates Program, an affiliate advertising program designed to provide a means for us to earn fees by linking to Amazon.com and affiliated sites.